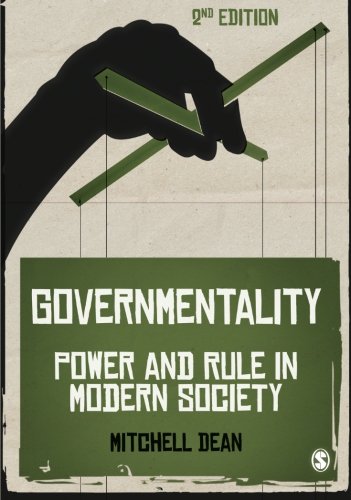 Review
Mitchell Dean has written an outstandingly clear and scholarly introduction to the central theses and methods of the analysis of the mentalities and techniques of rule… He not only provides a guide to Foucault's own thought in this area, but he also draws upon other key thinkers in contemporary social theory to develop original and illuminating analysis of some principle formations of political power. Dean's book should become required reading not just for those interested in the work of Michel Foucault, but for all those who are concerned with the dilemmas of contemporary politics. (Nikolas Rose)

This second edition thoughtfully extends and develops the original text, offers an illuminating new introduction and effectively outlines directions for further study and analysis. It will be welcomed and valued by teachers and students addressing Foucault's work on governmentality and by those interested in exploring its contemporary relevance. Undoubtedly it is the key text in its field. (Barry Smart)

From the Author
'Governmentality' as a key to political and social change.
My book explains and explores Michel Foucault's groundbreaking concept of 'governmentality'. It provides a guide to the key literature in the humanities and social sciences that has taken up that concept and associated forms of analysis. It includes a glossary to explain the terminology. In writing this book, I have sought to provide my own account of this literature and my own understanding of the techniques and rationalities of power in contemporary societies. I have placed the development of this is in a historical context by drawing on the genealogies of Foucault and others, and several other traditions in the history of political and social ideas. If you are interested in Foucauldian concepts such as government, biopolitics, sovereignty, and pastoral power, and their application to advanced liberal democracies, authoritarian rule, and risk societies, then I think this book would be a very useful tool.


Mitchell Dean is Professor of Public Governance, Copenhagen Business School, Denmark, and Professor of Sociology at the University of Newcastle, Australia. His previous books include Governmentality: Power and Rule in Modern Society (1999, revised second edition, SAGE, 2010),The Constitution of Poverty: Toward a Genealogy of Liberal Governance (Routledge, 1991/2012), Critical and Effective Histories: Foucault's Methods and Historical Sociology (Routledge, 1994), and Governing Societies: Political Perspectives on Domestic and International Rule (Open University Press, 2007).

His publications range across a large number of fields focusing on problems of government, sovereignty and power, liberalism and neoliberalism, political and social thought, historical sociology, and social and public policy. However he has also published on topics as diverse as risk management, e-government, political mythology, ancient societies, war and peace, contemporary art, cinema and fashion.